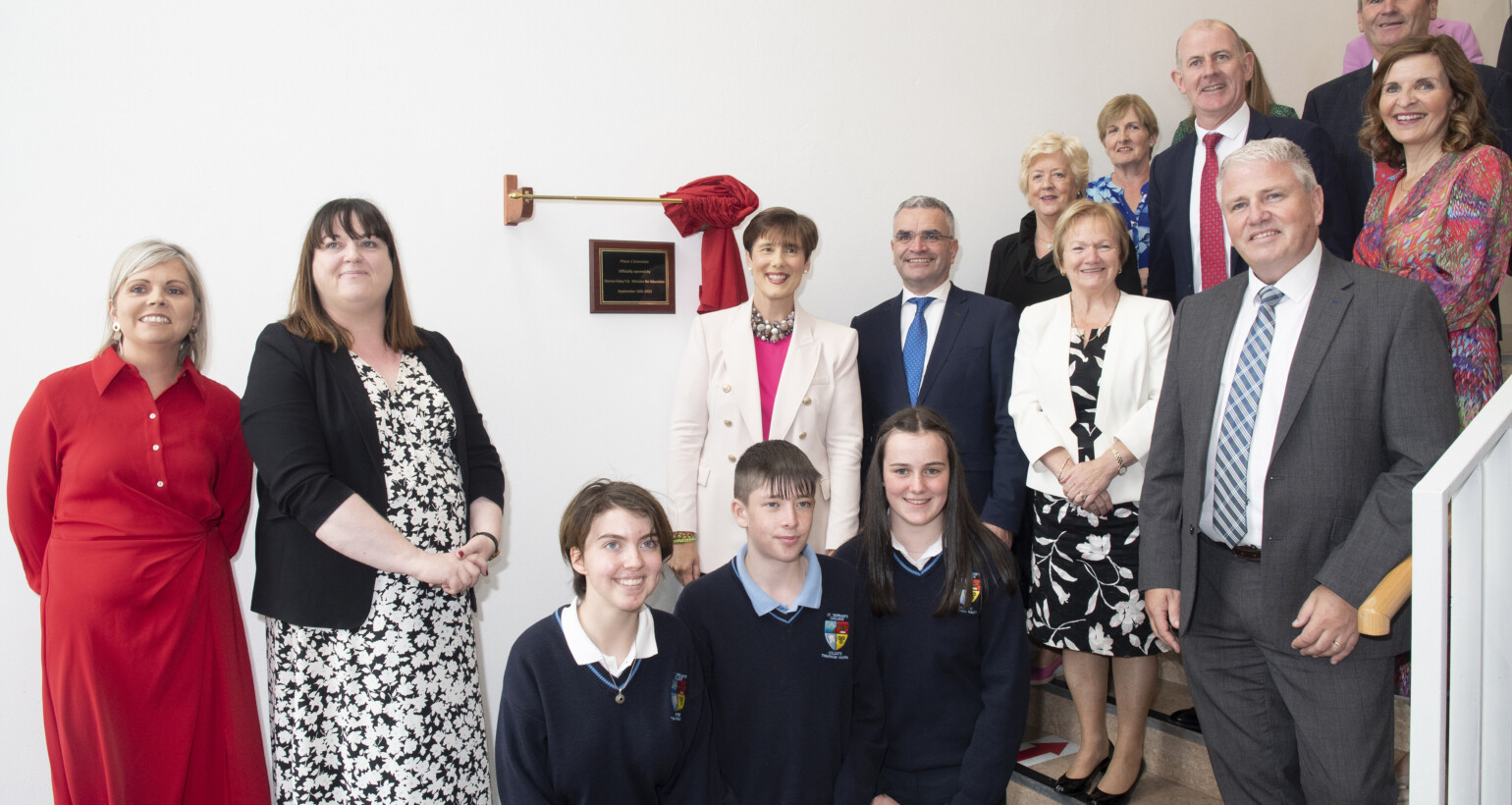 Minister for Education Norma Foley visited St Tiernan’s College, Crossmolina and Davitt College, Castlebar, Co. Mayo on the 15th of September as part of her tour of 5 schools across Co. Mayo.

Minister Foley was welcomed to St Tiernan’s College by MSLETB CE Tom Grady, Director of Schools Mary Madden, Principal, Brenda O’Malley and Deputy Principal Lorraine McHale for the launch of Phase 1 of their extension to the premises.

During her visit, Minister Foley was given a tour of the facilities and had the opportunity to meet current and past staff, students, and members of the community. She also unveiled a new plague within the new extension.

“I am delighted to have been given the opportunity to visit St Tiernan’s College today to officially open this new extension which will provide a state of the art school environment for the students of this school. I know these facilities will be a huge benefit to the school community and I want to thank you all for your warm welcome here today.”

“We are delighted to welcome the Minister to St Tiernan’s College. Minister Foley addressed the group and acknowledged the fantastic work which had been carried out. The work that has been completed is very exciting for the school and we cannot wait to begin the next phase of improving our school!”

Phase 2 of St Tiernan’s building project is in the design phase. This new extension will include the development of 17 rooms which will include a Science lab, an Art room, a Home Economics room, Music room a DCG room, SET rooms and much more.

Minister Foley then visited Davitt College where she was welcomed by Principal, Conor O’Reilly and Deputy Principal’s Anita Gallagher and William Rowan along with the CE of MSLETB, Tom Grady and Director of Schools Mary Madden.

Minister Foley was given a tour of the facilities and had the opportunity to meet current staff. She also sat down with current Leaving Certificate students where they had the opportunity to discuss their opinions of the structure of the Leaving Certificate circular and ideas, they had which would improve the current structure. Minister Foley was also shown future plans for the development of the accommodations at Davitt College. Davitt College is seeking planning permission for major extension, costing over €8.2 million, which will result in the provision of 12 mainstream classrooms and four specialist rooms.

“It is a wonderful opportunity to be able to welcome the Minister for Education to both St Tiernan’s College, Crossmolina and Davitt College, Castlebar. The Department of Education has supported our schools greatly and being able to showcase this support with the development of the accommodations in St Tiernan’s and the plans for future development in Davitt College is fantastic. The development of these facilities is not only a valuable asset to the schools but to their communities themselves. We look forward to welcoming Minister Foley back in the future.” 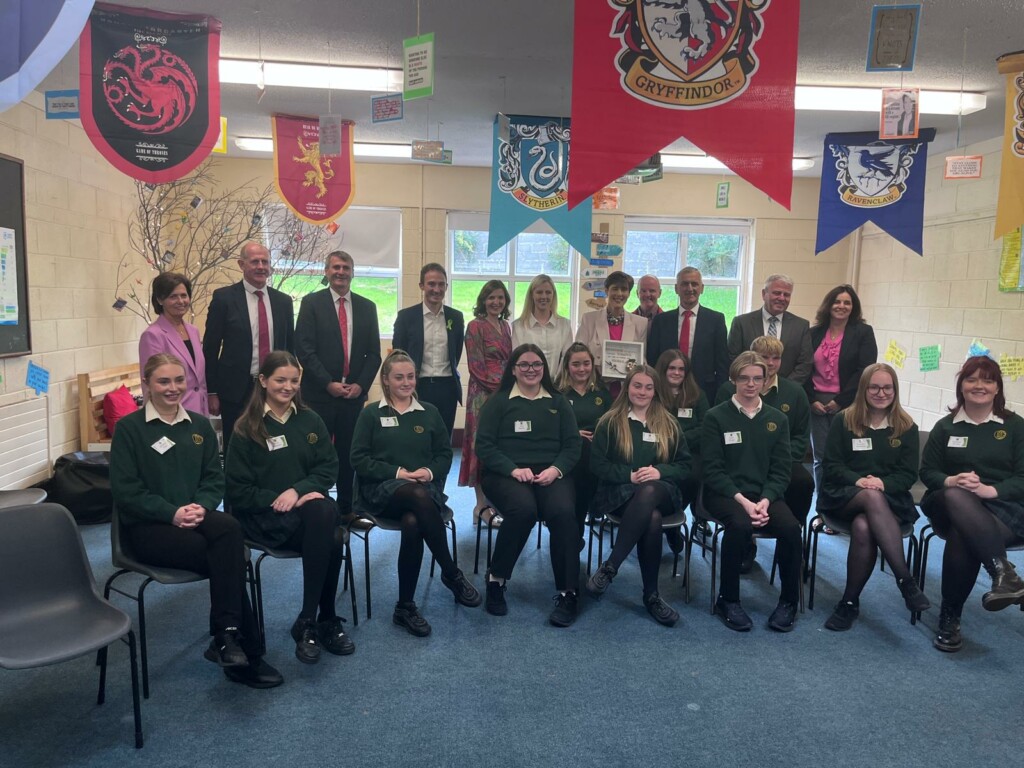 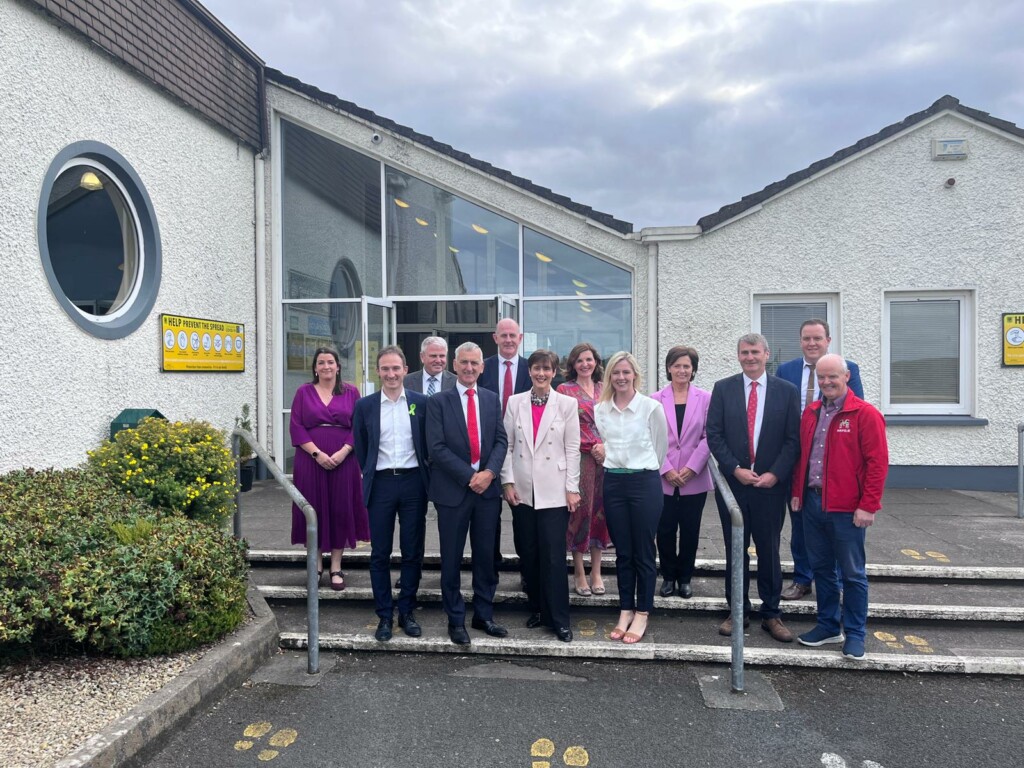